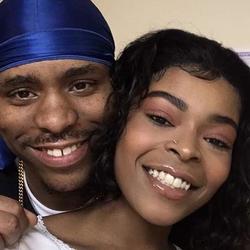 24 year-old Kamal Flowers was shot dead by a police officer after fleeing on foot following a traffic stop in Westchester County.

The incident happened just after 11 p.m. in on Potter Avenue and Pierce Street in New Rochelle.

According to police,  Flowers exited his car with a handgun and fought with police and then fled, officials, say.

"Flowers pointed an illegal handgun – which was recovered at the scene along with several rounds of ammunition - at our fellow officer and tried to kill him with it," the New Rochelle Police Benevolent Association later said in a statement.

A New Rochelle police officer fired his weapon and hit Flowers. He died on the way to the hospital, ABC reports.

The New Rochelle PBA is backing the unnamed officer. According to the PBA, Flowers was released from state prison in March after he was convicted for a violent gunpoint robbery.

In mid-June, the City of New Rochelle and the New Rochelle Police Department released more information about the police-involved shooting of Kamal Flowers, including the name of the officer who shot him. The officer who fired his service weapon six times is Alec McKenna, who has been with the department for five years.

Other new information released by the police includes that Flowers, 24, of New Rochelle, was struck twice by bullets fired by McKenna, contrary to the initial report from emergency room doctors that Flowers was hit by one bullet that entered his armpit and struck his heart.

On Thursday, July 16, 2020, the city of New Rochelle in Westchester County cited the ruling of a state judge temporarily blocking release of many police disciplinary records Wednesday as part of a union lawsuit as it declined to release the employment records of Alec McKenna, an officer who fatally shot 24-year-old Kamal Flowers after a brief chase June 5.