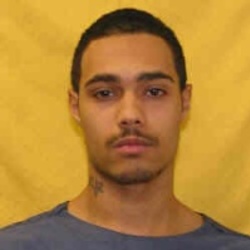 According to police, Kaleb R. Alexander, 25, was shot to death by a Columbus SWAT officer early Thursday, October 15, 2015 after robbing the same United Dairy Farmers convenience store a third time, police said. Police have not yet released the name of the officer who shot him at 12:14 a.m. outside the store at 2660 Noe Bixby Rd. Sgt. Rich Weiner, a police division spokesman, said police had staked out the UDF after receiving information that the business might be robbed for the third night in a row. As undercover officers looked on, the man entered the store shortly after midnight, pulled a gun on the clerk and demanded cash.