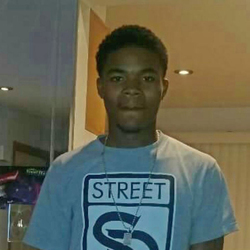 According to police, they were responding to a call of a battery in progress around 11 p.m. Wednesday when a police sergeant saw a man matching the suspect's description. When the sergeant said he was an officer, police say, Raye ran off.  During the ensuing foot chase, the sergeant says Raye pointed a weapon at him twice, and he opened fire in an alley along the 6500 block of South Marshfield.

Ray died at Advocate Christ Hospital of a single gunshot wound to the abdomen.

A relative told  WGN News they were standing with Ray, who's originally of Dolton, IL, at a bus stop when a police squad car pulled up. Raye's cousin says he fled, but he was unarmed. Police said Thursday they have been unable to find a weapon after an extensive search.

Police superintendent Eddie Johnson is asking for patience as detectives investigate, giving a brief statement and taking no questions at an afternoon press conference at police headquarters Thursday. Johnson said there is video from a nearby church. The sergeant is on desk duty for at least 30 days as they investigate.

The Independent Police Review Authority (IPRA) has taken over the investigation since this involved a deadly police shooting. Activists say they have no faith in the superintendent or an IPRA investigation.

"It's the same old thing. A young black man is killed and they can't find a gun," activist Eric Russell said. "Why does this keep happening again and again?"

The sergeant, John Poulos, has currently been stripped of his police powers and is currently on desk duty.  Poulos was at the center of a fatal shooting of another suspect in 2013, for which he was cleared by the IPRA.

The Raye family has filed a federal wrongful-death lawsuit.