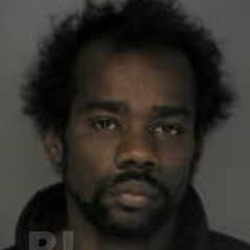 Three New Jersey police officers were injured and one man was killed after a gunman wearing a ballistic vest opened fire on Thursday morning.

The rifle-wielding suspect began shooting just after 11.30am in Irvington on the 300 block of Myrtle Avenue., law enforcement sources told NBC 4 New York.

911 calls were made after the shooter allegedly shot a 20-year-old man in the chest after getting into an argument with him.

Less than 10 minutes after opening fire, the armed suspect, identified as 39-year-old Kaizen Crossen, was shot and killed by police.

All three cops are expected to survive.