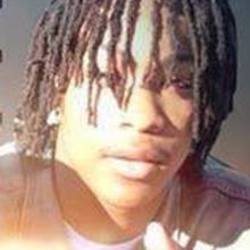 Seventeen-year-old Justus Howell of Waukegan was shot twice in the back last weekend by a Zion police officer. Police say Howell was involved in a scuffle while trying to steal a handgun during a street sale just before the officer shot him. Organizers say officers violated Howell's civil rights and are calling for an investigation into his death.

Family members have indicated they think Howell was unarmed and wrongly shot by police. But  Zion Police arrested 18-year-old Tramond Peet of Lindenhurst in connection with the shooting.  Peet told police he met Howell in the  2300 block of Gilead Saturday to sell him a handgun. Howell attempted to take the handgun, and fought with Peet for the weapon, causing it to discharge.

Around that time, squad cars arrived on the scene. Peet told police he saw officers running after Howell, who still had the handgun with him, and “heard the officers giving Howell commands” before hearing gunshots.