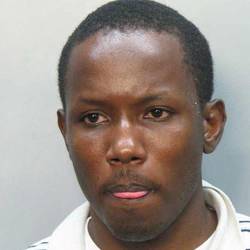 Junior Prosper crashed the Yellow Cab he was driving into a small light pole at the entrance to I-95 about two hours before sunrise Monday September 28, 2015. There wasn’t much traffic and the car was only slightly damaged. Out of the car, Prosper ran up the southbound ramp at Northwest 119th Street as if trying to merge his body with traffic. Then a Miami-Dade cop on foot caught up to him. According to police, they struggled, tumbling into bushes and trees on the west side of the highway. A Taser went off. Prosper bit the officer’s finger to the bone. The officer fired his weapon. Prosper was killed.