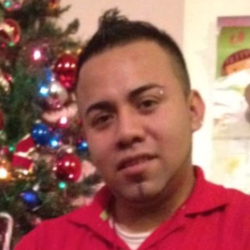 Julio Cesar Moran-Ruiz, 36 of Baltimore, was shot and killed by a Maryland state trooper during a drunk driving stop. Moran-Ruiz who fled a traffic stop along I-95 in Howard County early Friday and according to police, dragged a trooper 2,000 feet down the highway.

Police said there was a delay in identifying him because he didn't have an ID on him.