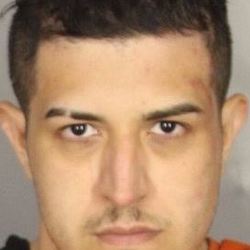 The caller told police someone was inside the apartment.

Officers who first arrived at the scene reported they saw a man flee the apartment complex on foot and they pursued, Alvarado said.

The foot chase ended in the 1100 block of Dossett Street where officers used a stun gun to try to subdue the man but he broke free of the darts.

As one of the officers approached the suspect, the man pulled a knife and began slashing at the officer, at which time officers opened fire on him, Alvarado said.

The man, identified as Julian Magdaleno, 29, was shot and killed.

A witness who lives in a house at the location where the shooting happened reported she and her husband heard about five gunshots at about 2:20 a.m.