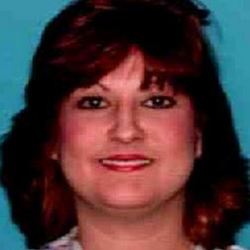 On January 8, 2008 at approximately 11:30 pm, Rosenberg Police Officers responded to a domestic disturbance at 4720 Reading Road #914, Rosenberg, Fort Bend County, Texas. The information received by the 911 Operator was that a female was chasing someone with a knife. According to the first two responding officers, as they approached apartment #914 they observed a male, later identified as a witness, subduing a female that was later identified as Judith Cruz. Responding Officers also observed a second person, a female, later identified as a witness, securing a knife. Officers took control of the suspect, Judith Cruz as she resisted by kicking the officers, thrusting her legs and by placing her arm on her chest and rolling over on her stomach. Officer also stated that she continued to struggle with them however they were able to secure her with handcuffs on her wrist behind her back. Officers further stated that Judith Cruz would not cooperate when she was asked to stand, therefore officers had to carry and place her inside the police vehicle. Officers investigation revealed that Judith Cruz had been hallucinating, incoherent, mumbling in a monotone voice, and making unintelligible statement in Spanish. Two officers stood by at the police vehicle where Judith Cruz was placed in while the primary responding officer continued his investigation. Seven (7) minutes after Judith Cruz was placed in the rear seat of the police vehicle, Officer Drew Bryan noticed Judith Cruz was unconscious. According to Officer Bryan, he immediately removed the handcuffs from her, checked her vital signs, and discovered no pulse and no breathing. He stated that he called for an ambulance and he and Officer Jeremy Eder and other officers began administering CPR compressions. Judith Cruz was transported to Oak Bend Hospital where she was pronounced dead at 12:18 a.m. An autopsy was conducted by Galveston County Medical Examinerss Office. Lastly, I requested that the Department of Public Safety Texas Ranger conduct an independent investigation and the Rosenberg Police Department Internal Investigations Division is also investigating this in custody death.

The prone position and positional asphyxia

There is an increased risk of causing positional asphyxia when restraining those of particularly small or large build or those who have taken drugs, medications (anti-psychotics) or alcohol. People restrained in the prone position should be placed on their side or in a sitting, kneeling or standing position as soon as practicable. The IAP has issued advice on restraint and the use of force.

Staff working in a custody environment must be trained in managing violence. Training should include tactical communication skills as well as recognising and managing positional asphyxia and ABD, including excited delirium. Staff should also be trained in techniques for moving detainees and repositioning them from the prone position in accordance with the Personal Safety Manual of Guidance.

Officers and staff should avoid using the prone restraint position unless it is proportionate to the threat and necessary in the circumstances. Officers should keep the period for which it is used to a minimum.

When a detainee is restrained in a prone position, a safety officer should be responsible for monitoring the detainee’s conditions, particularly the airway and response, protecting and supporting the head and neck. That person should lead the team through the physical intervention process and monitor the detainee’s airway and breathing continuously. Care should also be taken not to place pressure on a detainee’s chest or obstruct the airways.

Prolonged restraint and struggling can result in exhaustion, reduced breathing leading to build up of toxic metabolites. This, with underlying medical conditions such as cardiac conditions, drugs use or use of certain antipsychotics, can result in sudden death with little warning.  The best management is de-escalation, avoiding prone restraint, restraining for the minimum amount of time, lying the detainee on their side and constant monitoring of vital signs.

Usually there are no outward signs or symptoms of positional asphyxia. An individual may be overtaken so quickly and completely that there are no indications of distress or time to communicate a need for help.