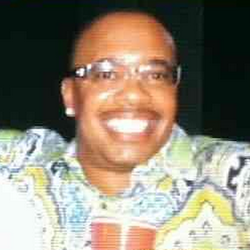 An off-duty Arlington police officer under investigation in the fatal shooting of a man in a Duncanville restaurant parking lot told officials he acted in self-defense, according to his attorney.

But relatives of the slain man say the officer had been drinking during the birthday party and caused the violence to escalate after a relative tried to break up a fight that led to the shooting.

Sgt. Thedrick Andres remains on administrative leave from the Arlington Police Department while detectives with the Dallas County Sheriff’s Department investigate the June 22 fatal shooting of Juan May, 45.

Both men traveled that night aboard a party bus with about 20 other people, according to authorities.

Andres’ attorney, Christopher Livingston, said Andres was injured during the bus ride and was afraid he might suffer further injury.

“Thedrick said he was in fear of his life and acted in self-defense,” Livingston said.

Livingston declined to say why his client felt threatened.