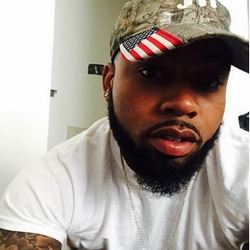 Juan Markee Jones, 25, died at Sovah Health after being shot by Danville police officers, according to the police department.

"I heard at least about three popping sounds," a woman, who didn't want to be identified, said she heard around 1:30 Sunday morning in the cul-de-sac just a few houses down from hers on Sunset Drive.

According to the Danville Police Department, officers had been trying to arrest Jones for assaulting a woman a short time earlier.

"He wouldn't answer the cops. He wouldn't stay. They told him to stop running, put his hands up," the woman said.

According to the police department, officers tried to use a Taser, but the Taser didn't hit Jones.

He then reportedly turned on the officers in a threatening manner, the police department's press release says.

That's when he was shot.

"When you start hearing and seeing all this happening, it's going to scare you," the woman said.

Late Monday afternoon, the police department released a statement in which the police chief encouraged people not to pay attention to what they see on social media regarding the shooting.

The release went on to say that the chief met with Jones' family and city and community leaders Monday in an effort to dispel rumors about the shooting.