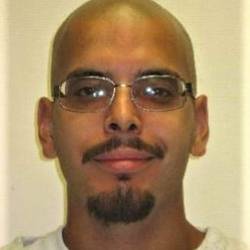 A 25-year-old murder suspect in an April 29, 2020 killing, Juan M. Montalvo was killed by Pasco police Sunday, hours after he allegedly returned to the original crime scene for another shooting.

Juan M. Montalvo has been identified as the man shot dead at a North 12th Avenue home, near Nixon Street.

His younger cousin, Miguel A. “Terco” Montalvo, was wounded in the afternoon shooting and briefly hospitalized.