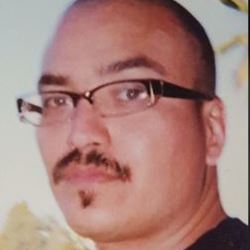 Roxanna Villegas said she doesn't understand how her husband was found unconscious just hours after he called her. She said she just wants answers.
Thirty-four-year-old Juan Fidel Castro Jr. was in police custody for just over four hours Tuesday before being transported to Mercy Hospital where he later died.
He was arrested by the Highway Patrol early Tuesday morning and booked into the downtown jail on suspicion of driving under the influence, evading an officer and possession of burglary tools.
Castro's wife Roxanna Villegas says except for some problems with his back, her husband was healthy.
That's why she doesn't understand how he ended up in the hospital with brain damage just hours after being arrested.
"They don't want to release nothing right now," she said. "Why? I want to know. I want answers. I got rights."
The Sheriff's Department didn't respond to requests for more information. But a statement released Friday said Castro was taken to a padded safety cell for observation and evaluated by medical staff after they noticed him acting strangely.
Castro reportedly refused to kneel to safely remove his handcuffs and was taken to the floor to remove the restraints.
Moments after leaving the cell, deputies found him unconscious. They started CPR and called an ambulance to take him to the hospital.