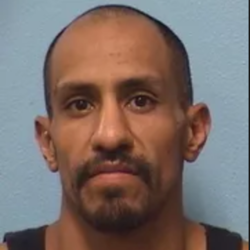 As KTSM previously reported, the shooting happened on the campus at about 6 p.m.

According to police, Pinedo was armed with a handgun when he led officers on a pursuit from the Boutz Rd. and Espina St. area, through the school campus, to a nearby neighborhood, and back onto the school grounds.

Multiple officers then confronted him and fired multiple rounds. He was pronounced dead at the scene.

Officials say Pinedo was not affiliated with Las Cruces High School and was wanted by police on a felony warrant.