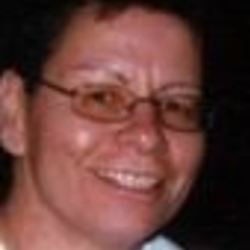 The report states that on November 8, Sherman stole a gun from a Mitchell residence, then called a counselor at a drug and alcohol abuse facility from a room at the Quality Inn and Suites hotel. Sherman told the counselor she had a gun, was intoxicated and was willing to hurt herself or anyone else.

According to the report, the counselor contacted Mitchell police. Officers arrived at the hotel just after 5:00 p.m.

Sgt. Beintema was one of the officers that responded to the call. The report says Beintema cleared nearby hotel rooms, and attempted to make contact with Sherman. Beintema had two phone conversations with Sherman, in which Sherman again said she had a 9mm handgun and threatened to shoot herself or others.

Around 6:30 p.m., Beintema noticed the door of the hotel room Sherman was in began to open. Sherman stuck her head out the door and looked at Beintema. Beintema ordered Sherman to show her hands, at which point Sherman began to point her gun at Beintema.

The report says Beintema then shot Sherman three times. Sherman was transported to a Sioux Falls hospital, where she eventually died from her wounds.