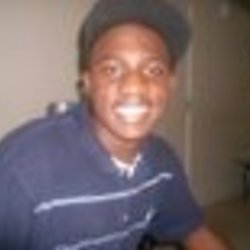 Lt. Sidney Allen released a report that states the officer was off-duty and was loading a bicycle onto his vehicle at an apartment, located at 2300 Rebsamen Park Road, just before 11:30 p.m. Sunday when 21-year-old Jovon Allen reportedly walked up behind him and put a gun to the back of his head.

After a brief physical altercation, the report states the officer pulled his off-duty weapon out of his pocket and fired rounds at Allen, who then reportedly ran away in the parking lot.

The officer said Allen ran a few parking spaces then turned and fired at least two shots, one hitting a nearby vehicle. The report states Allen got into a waiting green Honda, which then drove off; this was reportedly corroborated by a witness at the scene.

The report states the Honda was found in the St. Vincent ER parking lot as officers received a call someone that someone had been taken into the ER with gunshot wounds, which turned out to be Allen.

The ER doctor told officers Allen had three gunshot wounds to the upper torso and was pronounced dead at the hospital.