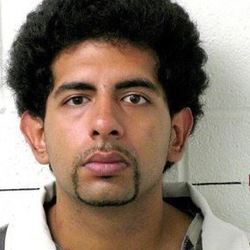 A deputy tried to stop the suspect after a traffic violation. That led to a chase. He was arrested and put in the back of a law enforcement unit, but then he was able to slip handcuffs from behind his back to the front.  He was then able get behind the steering wheel of the deputy’s vehicle. The suspect was only able to drive a few feet before shots were fired.

There was a car at the scene that appeared to have crashed with a law enforcement vehicle. But the damage appeared to be relatively minor. The name of the suspect was not released.