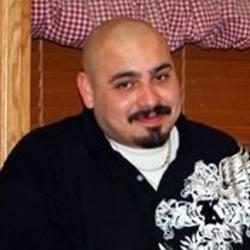 A realtor called police at about 3:40 p.m. after encountering the armed man outside a house in the 1400 block of East Harmony Avenue, according to Steve Berry, a Mesa police spokesman. Officers arrived to encounter the "agitated" man in the driveway.

Berry said the suspect had moved in and out of the house, displaying the gun for about 20 minutes.

Witnesses told The Republic that the man appeared to be egging police on and telling them to "shoot me."

"He shouldn't have been waiving a gun," neighbor Shelbi Randolph said. "He was saying, 'Shoot me. Put a hole in my chest.'"