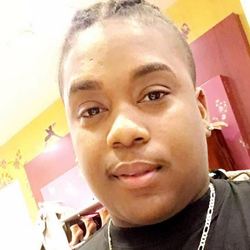 An off-duty Robbins officer on Friday morning shot and killed an armed robber who tried to take off in the officer's car on Chicago's Far South Side, police said.

The dead man was identified as Joshua D. Jones, 20, of the 12200 block of South Lowe Avenue, according to the Cook County medical examiner's office. An autopsy is slated for Saturday.

The south suburban officer was on the West Pullman street in the 12300 block of South Wallace Street around 6:50 a.m. when a person approached him, announced a robbery and pulled a gun, according to a law enforcement source.

The robber took the officer's keys and was about to get into the car when the officer fired at him, the source said.  The person was dead at the scene.

Police recovered the robber's weapon, according to the source and Chicago police spokesman Anthony Guglielmi.

Relatives of the victim declined to comment at the scene.

The body, covered by a white sheet, was on the grass at Wallace and 124th streets. As officers lifted the blood-stained sheet, a woman in the crowd cried out for her boyfriend.

Other officers searched around a black sedan parked on Wallace near where the person was shot. The driver's side window appeared to be partially lowered.