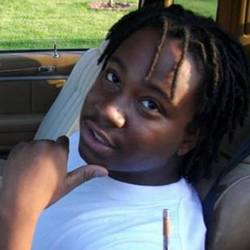 A man was shot and killed by an off-duty Chicago police officer Saturday afternoon in the Mount Greenwood neighborhood. The man was riding as part of a funeral procession, his family says, when what officials are calling a "road rage incident" escalated and he was shot and killed.

During a short press conference, Chicago Police Superintendent Eddie Johnson described the chaotic scene near 111th and Troy that led to the fatal shooting around 3 p.m. Saturday.

Johnson said it began as a "road rage incident" between multiple people and a "fire department member." Then, Johnson said, an off-duty police officer who was in a barbershop across the street saw the fight and headed over, "announcing his office" as he got involved. That's when "the subject," identified by his family as 25-year-old Joshua Beal, "displayed a weapon," according to Johnson.

"A CPD police sergeant that was on his way to work observed the subject and at that time shots were fired and the subject was fatally struck," Johnson said.

Johnson said the case is being investigated by IPRA so they can't discuss any further details.