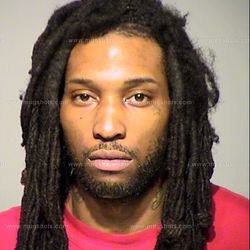 Joseph W. Denton, 35, of Milwaukee was shot and killed by VA hospital police when he ignored their command to put down his weapon. He was identified Wednesday afternoon by the Milwaukee County Medical Examiner's Office, which performed an autopsy.

Autopsy results were not released as of Thursday.

The incident happened at 8:45 p.m. Monday outside the east entrance of the large hospital. VA officials reported Tuesday that Denton was not a veteran.