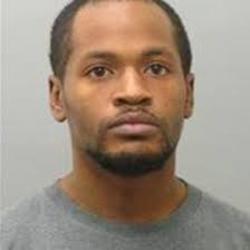 25-year-old Joseph Thomas Johnson-Shanks, of Missouri, suspected of fatally shooting a Kentucky state trooper was found in a remote rural area near I-24 around 7 a.m., September 14, 2015 following an all-night manhunt. Johnson-Shanks was armed with a handgun and did not comply with several commands to drop his weapon, according to Sgt. Mike Webb. That gave the trooper closest to him no choice but to fire his agency-issued weapon, striking him multiple times, Webb said. Johnson-Shanks was arrested while police waited for EMS at the scene and he died from his injuries at a local hospital at 8:23 a.m. Webb said he wasn't aware of any statements Johnson-Shanks may have made prior to being shot.