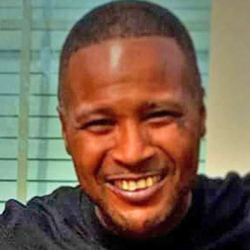 Josef Richardson was shot and killed during the execution of a no-knock warrent by West Baton Rouge police.

Documents included in a report from the attorney general’s office noted the details that follow.

A group of agents made up of West Baton Rouge Parish Sheriff’s Office deputies set up a sting at Budget 7 Motel in Port Allen on July 25, 2019.

At some point prior to that, agents sent an informant into a room at the motel where they suspected drug deals were taking place.

The informant bought drugs and told the agents the dealer had what was believed to be a gun.

Specifically, the attorney general’s office report noted that the agents determined Richardson had a “habit” of keeping a firearm in his waistband after Richardson allegedly “forced” the informant to use drugs in front of him while “holding and showing that a firearm was in his waistband.”

A later interview with a Louisiana State Police investigator showed the informant never actually saw the gun, but only suspected there was one.

Results from the West Baton Rouge Parish Coroner’s Office show Richardson died from a single gunshot to the back of his head that severed part of his spine.

The coroner found the wound came from a gun fired from a distance away from Richardson. West Baton Rouge Parish Deputy Vance Matranga fired the shot that killed Josef Richardson.

In March 2020, Louisiana State Police investigators and Louisiana Department of Justice analyst found the shooting did not warrant criminal charges.