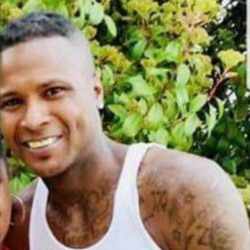 A Port Allen man shot Thursday by a West Baton Rouge Parish sheriff's deputy was killed by a single bullet to the back of his neck, according to an autopsy report released Tuesday, nearly five days since the deadly encounter.

The gunshot severed part of 38-year-old Josef Richardson's spinal cord and severely injured the base of his skull, the report from the West Baton Rouge Parish Coroner's Office shows.

Richardson died at the scene.