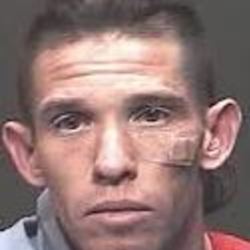 A U.S. Border Patrol agent who shot and killed an unarmed and fleeing suspect in May has been cleared of any wrongdoing by the Pima County Attorney’s Office.

Agent Daniel Marquez shot Jose Luis Arambula, 31, in the back of the head on May 30 as he chased the suspect through a pecan grove near Green Valley.

The dramatic shootout of an unarmed suspected drug smuggler has called into question whether CBP followed its own handbook recommendations. That handbook authorizes deadly force if “there is probable cause to believe that the subject has inflicted or threatens to inflict serious physical injury or death to the officer/agent or to another person; and the escape of the subject poses an imminent threat of serious physical injury or death to the officer/agent or to another person.” Although those guidelines were similar to the ones recommended by the Police Executive Research Forum (PERF) report, which was released internally more than a year before it was made public, PERF has been especially critical of agents and officers who put themselves in harm’s way in order to justify using deadly force. Notably, in observing that “little focus has been placed on defensive tactics that could have been used,” PERF has urged agents to use less lethal force tactics, including getting out of the way of oncoming vehicles instead of discharging their weapons at vehicles.