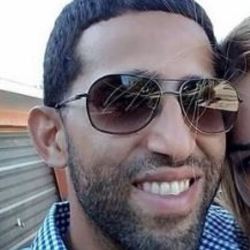 Deputies were called shortly before 4:15 p.m. to the RaceTrac at Saxon Boulevard and Finland Drive after Jose Guillermo Flores Colon was in the business' bathroom for nearly 90 minutes, investigators said.

Deputy A. Chavez found Colon in the bathroom along with drug paraphernalia on the sink, deputies said.

Chavez tried to calm down Colon so he could be handcuffed, but Colon grabbed the Taser of another deputy, Deputy Shawn Adkins, who also responded to the call, investigators said.ly shot another man who pointed a shotgun at him March 16 at a Deltona home, the sheriff's office said. Adkins was hired by the ag

The Florida Department of Law Enforcement is investigating the fatal shooting, and Adkins was placed on administrative leave, which is standard procedure for deputy-involved shootings.