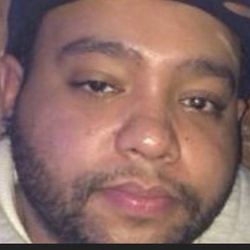 A doctor told police that the man who died July 8 while in custody had signs consistent with an insulin overdose, according to a police report released Thursday.

Jose Franco, 25, was trying to use fraudulent identifying information to buy things from the AT&T store in the 22500 block of U.S. 281 North, according to the report. One of the officers dispatched to the store about 4 p.m. claimed that he knew Franco because Franco had made similar attempts in the past.

Police said a different officer, Robert Mount, confronted Franco inside the store, but Franco ran into the parking lot. During a foot chase, Mount managed to deploy a stun gun on Franco, pepper-spray him and hit him with a baton, but police said those measures seemed to have no effect and Franco apparently was uninjured.

Man dies after confrontation with police

Officer Roland Pacheco arrived and helped Mount subdue and handcuff Franco, police said.
Emergency medical technicians examined Franco while he was handuffed, "with two sets of handcuffs end-to-end to make them less uncomfortable, as he had a larger build," the report states.

Police said Franco kept demanding that the cuffs be removed, "barking orders at the EMS crew and generally being difficult." Emergency medical technicians told Franco the handcuffs were not affecting his vital signs and repeatedly instructed him to breathe deeply and calm down, as his heart rate was elevated.