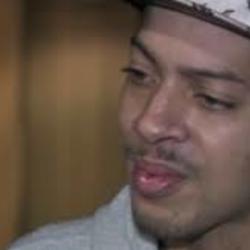 28 year-old Jose Cordoba was killed by Stockton California police after, police say, they stopped him for driving erratically outside the market where he worked as part of a city-wide traffic sweep.

"They just piled on him and beat him, and then they zapped him, I don't know how many times, and killed him," said butcher and co-owner George Solorio as he chatted with a shopper over the counter.

"You come inside the store and he was like the sunshine here, um, never mad. I mean he was just a happy guy, hardworking guy. Very like, it's just tragic," said cashier Yszenia Chavez.

"I couldn't believe it. I said, 'no way.'  I said, 'what did he do?' And then I found out he didn't do nothing. He had his hands up surrendering," said Solorio.