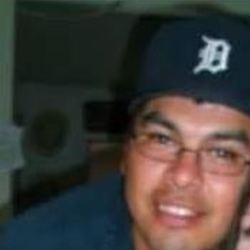 “Officers entered the residence in an attempt to ensure the safety of individuals inside as well as contact Ceja regarding the incident,” according to a press release issued just after 9 p.m. by Lt. Stephen Crane. “When officers entered the residence, Ceja charged them while armed with a knife. In order to save the lives of the involved residents and the officers on scene, a Fairfield Police Department officer discharged his duty weapon, striking Ceja multiple times.”

The family’s lawyer, John L. Burris, said Wednesday that Ceja’s brother asked police to turn on their body video cameras before they went into the home and that police agreed to use their cameras.

Burris said he has recently asked city officials for the video recordings and other reports about the shooting and so far has not been provided with anything.

“The family deserves to know what is on those videos,” Burris said.

Police reported Ceja charged them while armed with a knife.

The lawsuit claims family members did not see anything in Ceja’s hands when he walked into the home from the backyard through a sliding glass door in response to officers. They also say Ceja was “not posing an immediate threat to anyone.”