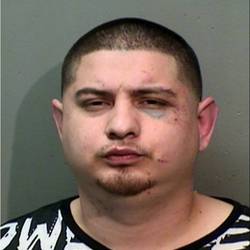 Arroyo-Rosales was shot by SWAT officers who were serving a narcotics search warrant at about 1:15 a.m. in the 1900 block of St. Louis Avenue, near John Peter Smith Hospital, according to authorities.

A police news release said the officers encountered a closed door, entered a room and quickly saw a man pointing a handgun at them.

"Fearing for their safety, SWAT officers fired their weapons at him and struck him several times," the release said. The man was taken to John Peter Smith Hospital, where he was pronounced dead..

Police spokesman Brad Perez told WFAA that at least two more adults and one child were in the house at the time of the shooting, but that nobody else was injured. Narcotics were "in plain view" inside the home, police said.