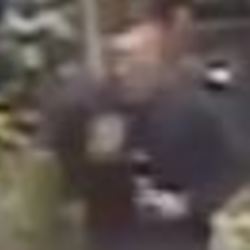 The shooting occurred after Medina allegedly threatened at least two other men with a box cutter in the area of Edenhurst Avenue and Appleton Street the afternoon of June 6.

The victims, who didn’t know each other, both reported their encounters to authorities, who responded to the area around 12:10 p.m.

Officers spoke to the victims and, about 12:25 p.m., found Medina, who matched the suspect description, standing on the sidewalk outside a home.

Medina initially complied with orders, but after about 30 seconds he stopped following directions and pulled a box cutter from his waistband, police said.

While wielding the weapon, Medina allegedly ran toward officers. One officer fired a beanbag round, while Bernd fired a lethal round, according to LAPD.