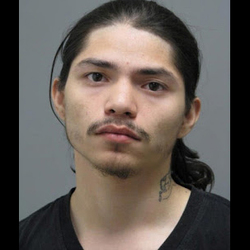 Police say an officer tried to talk to Alvarez while responding to a report of a man stealing from a car in Temple Hills, but Alvarez ran. He was found hiding nearby and struggled with officers.

Police say he pulled out a gun and one officer got a hand on the gun. Police say Alvarez fired twice and Keifline fired once, striking Alvarez, who died. The officer who grabbed the gun was injured on his hand.