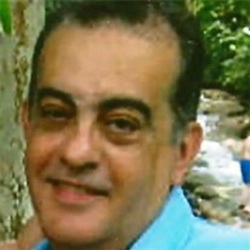 64-year-old Jose Alegre was killed after being shot by law enforcement officers during a standoff in Rossville.

A statement from state police says Alegre became irate with a propane contractor Friday night. The worker called authorities after Alegre allegedly opened fire on him.

Deputies from Walker and Catoosa counties arrived to find Alegre barricaded inside his home. The GBI says the man wouldn't respond to officers, so SWAT team members put gas into the residence.