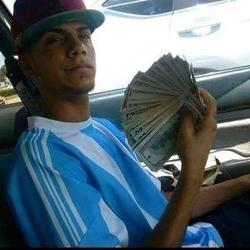 Jorge Gonzalez had just been released from jail on Monday February 29, 2016 when he burglarized a North Texas house, stole a cache of guns and fired into the air before hiding in a drainage ditch and ambushing responding officers, fatally wounding one of them, the city's police chief said Wednesday.

Police Chief Mike Brown said David Hofer, 29, who was among the officers responding to the "shots fired" report at J.A. Carr Park in Euless, spotted movement in the ditch and ordered the person to come forward.

Jorge Brian Gonzalez, 22, then rose and opened fire on the officers, fatally wounding Hofer before the other officers brought Gonzalez down with multiple gunshots, Brown said.

Gonzalez had been arrested Monday on a public intoxication charge and was released late Tuesday morning after being sentenced to community service, Brown said.