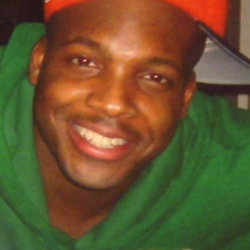 An off-duty police officer thought Baker fit the description of robbery suspects—both they and he were wearing black hooded sweatshirts. A scuffle and foot chase ensued. Baker, who was unarmed, was fatally shot. Aftermath: Officer J. Castro, who killed Baker, was placed on administrative leave pending an investigation. Baker's mother was said to be considering filing a lawsuit.

On December 23, 2014, the grand jury declined to indict Castro in connection with the shooting.