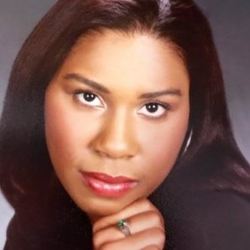 The Phoenix Police Department is investigating a deadly officer-involved shooting in downtown Phoenix that happened on Monday.

According to police, 27-year-old Jonie Block was wanted for a homicide that happened earlier in the day.

Those who knew Landon said he worked in maintenance at the apartment complex and was well-liked.

“Todd was a very caring individual. He would always go out of his way to help you,” said a friend of his who asked to not be identified. “He was a great person to know--caring, he loved people, he loved to interact with people as well.”

“He’s going to be very missed. I hope he’s resting in peace now.”

Todd Landon's work truck was still at the scene, now covered in flowers.

“When I saw his truck, I had to go over there and say a little prayer.”

Police say Block was spotted several hours after the first incident by a bystander at the Japanese Friendship Garden, who noticed she was armed and called law enforcement. A responding officer, identified as 45-year-old Chris Trapp, recognized that she could be the suspect sought in the earlier case and tried to negotiate with her.

Police say the woman denied commands and Trapp, who has 20 years of service with the police force, fired at her.

Block was taken to the hospital and did not survive.