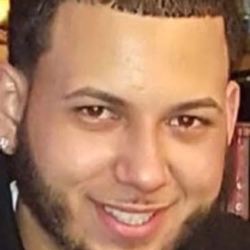 They are asking witnesses and authorities to shed light on how the 21-year-old Yonkers resident died last week after Greenburgh police used a Taser on him and "violently mishandled the situation," said his family's lawyer, Randolph McLaughlin.

"Allegedly, when Greenburgh police responded to the scene, Mr. Maldonado was picked up and then slammed face down to the ground where two to three officers sat on his back and Tasered him twice," McLaughin and Debra Cohen, a lawyer who is also representing Maldonado's family, said in an email today.

The Maldonado family filed a federal wrongful death lawsuit against the town and police and paramedics, asking for more than $20 million in damages. Nancy Maldonado, the mother of 21-year-old Jonathan Maldonado, blames 10 Greenburgh officers and three paramedics for her son's death, saying officers responding to a shoplifting report caused his heart attack then delayed in providing him with medical attention.

In October 2019, the New York State Attorney General's Office concluded that no charges are warranted against Greenburgh police officers in the 2017 death of Maldonado, a Yonkers politician's relative, who was struck by a stun gun and restrained by law enforcement.