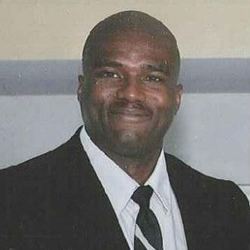 One man is dead and another is in the hospital following an early morning shooting at a Birmingham nightclub that had been ordered shut by the Birmingham City Council.

According to officials, the shooting occurred after an altercation between two security guards at the Foxx Trap strip club around 3 a.m.

Officials said one guard, who was armed, shot the other guard who was unarmed. The injured guard was taken to the hospital.

However, an off-duty police officer, who was also working security at the club, shot and killed the armed guard accused of shooting the unarmed security guard.

Both Brandon Cephus and Jonathan Asuzu were employed as security guards at the club.

The altercation allegedly began when Cephus, who was not working, was confronted by Asuzu for being there while not on duty.

A fight then broke out, and the off-duty police officer attempted to break it up, using pepper spray.

Asuzu then pulled out a gun and shot Cephus several times, officials said. The police officer then shot Asuzu, according to officials. Cephus was not armed, according to reports.

The Birmingham city council voted last week to revoke the business license for the Foxx Trap, but a judge granted the strip club a temporary restraining order which allowed it to be open over the weekend.

"We made a decision on Tuesday that we needed to close this establishment down because we thought the threat of someone losing their life was imminent," council president Johnathan Austin said at the 10 a.m. news conference.

Austin said as a council, they do their best to be fair to Birmingham businesses, but when they heard the evidence of 201 police incidents - including seven shootings and underage drinking - councilors agreed it was best for everyone's safety to close the Foxx Trap for good.

"Unfortunately, a judge did not agree with us initially and granted the business a temporary restraining order to stay open over the weekend," Austin said.