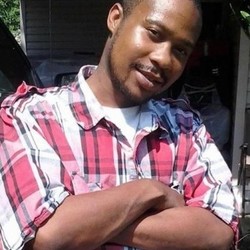 34-year-old Jonathan Jefferson was killed during a confrontation with police Saturday night.

Bossier City police officers confronted Jefferson, outside of a home in the 400 block of Plaza Circle. They were dispatched there in response to a domestic disturbance involving a female.

Jefferson met the officers at the front of the house. They ordered him to drop the knives, but he didn’t, the sources said.

Two Bossier City police officers fired at Jefferson. He was pronounced dead at the scene.

Jefferson had an extensive history of mental illness.

Court records show he had arrests for possession of marijuana in 2006 and disturbing the peace in 2015.

BCPD asked Louisiana State Police to take over the investigation into Jefferson's death.

The two officers involved have been placed on paid departmental leave per the department’s policy. KTBS asked Monday for the names of those officers. Spokeswoman Traci Ponder said the names will not be released and added that details related to the case would be released by state police at its discretion.