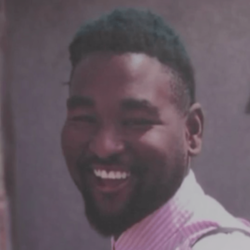 NBC News reports Jonathan Hart, also known by Sky Young, was shopping at the pharmacy chain last December when he was shot and killed by its security officer, Donald Vincent Ciota II.

According to NBC Los Angeles, the December 2 tragedy occurred after Ciota, 28, reportedly accosted Hart and two of his friends and accused them of shoplifting from the Hollywood location. Young and Ciota allegedly got into a scuffle following an argument between the two.

As reported, Ciota, who was in possession of both a Taser and a gun, pulled out his gun as Young and his friends walked toward the exit. According to reports, he shot the 21-year-old in his neck as he attempted to flee the confrontation.

Young, who was homeless at the time, did not survive complications from the wound and died hours later in the hospital.

The former Walgreens watchman was arrested and charged with one count of murder and pleaded not guilty in February.

Ciota was charged with murder and pleaded not guilty in January 2019. He's currently being held on $3 million bail and is scheduled to return to court on May 22, county inmate records show. If convicted, he could face up to 50 years to life in prison.

In May 2019, the family of the victim filed a wrongful death lawsuit against the security firm, Walgreens and Ciota. At a news conference announcing the suit on Tuesday, attorney Carl Douglas accused the retail giant of selectively placing armed guards in Los Angeles locations where the majority of customers are people of color.

In December 2018, a Black Lives Matter protest passed through the store where Hart was shot and killed.  Activists stated that Hart's death is symptomatic of a local justice system taht has issues with bias and lacks transparency.