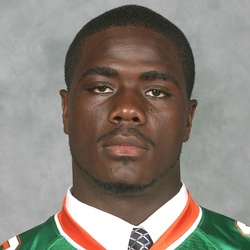 Charlotte police officers ahot and killed Jonathan Ferrell as he sought help from them after a car wreck. Officers responded to a "breaking and entering" 911 call at a home in Charlotte. The homeowner told dispatchers that a man had been knocking on her door repeatedly. Police say that when they got to the scene, a man matching the caller's description ran toward them. One of the officers fired his stun gun, but it was "unsuccessful." Another officer then opened fire, police said. Jonathan Ferrell died at the scene. He was shot several times.

Ferrell was 24 and a former football player at Florida A&M University. Police found a wrecked car nearby, indicating that he may have been trying to get help. The crash was so severe that authorities ultimately believed Ferrell had to climb out of the back window, affiliate WBTV reported. He ran to the closest house for help.

In testimony at trial EMT professionals indicated that police on the scene prevented them from administering aid to the dying Ferrell.

The Ferrell family reached a settlement in the civil suit involving the former Charlotte-Mecklenburg police officer for $2.25 million, according to a letter sent to officers by CMPD Chief Rodney Monroe.

On July 28, 2015, the final jury selection was made in the criminal case against Officer Kerrick. Kerrick has pleaded not guilty.

The trial of Randall Kerrick began with opening statements on Monday August 3, 2015.

On August 19, 2015, the jury began deliberations. On August 21 with the jury unable to reach a decision, a mistrial was declared in the case. On August 28, 2015, prosecutors announced that they would not retry Officer Kerrick for the killing.

Religious leaders from Charlotte and other areas of North Carolina met with North Carolina Attorney General Roy Cooper, asking him to reconsider his decision to forego a retrial for Randall Kerrick. On September 4th the clergy said in a release that they had an "impassioned conversation" with the Attorney General, but Cooper stuck with his decision to not retry the case.

Defense attorneys confirmed on October 1, 2015 that paperwork was filed to expunge the record of Randall Kerrick.