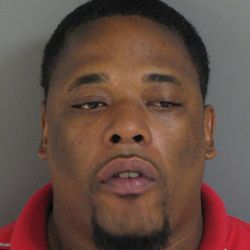 According to police, Jonathan Darsaw, 49, was fatally shot early Thursday during an “armed confrontation” with Shelby County sheriff's deputies called in to help authorities in adjoining Fayette County after he held his girlfriend hostage and shot a deputy while barricading himself in a home in Tennessee.

The Tennessee Bureau of Investigation said Fayette County authorities received reports Wednesday that a man had shot his girlfriend multiple times and was holding her hostage in a house in Moscow, about 50 miles (80 kilometers) east of Memphis.

The man, identified as Darsaw, allowed his girlfriend to leave and barricaded himself in the house, the TBI said in a news release. The woman was hospitalized with injuries that were not critical.

Later Wednesday, Fayette County deputies tried to arrest Darsaw when he stepped onto his back porch. Darsaw shot at deputies, hitting one of them, the TBI said. The deputy received treatment for undisclosed wounds and is recovering, the TBI said.

Shelby County's SWAT team was called for help and members entered the home at about 4 a.m. Thursday. Darsaw, who is Black, was fatally shot during a confrontation that is under investigation by the TBI, which will forward its findings to the district attorney.