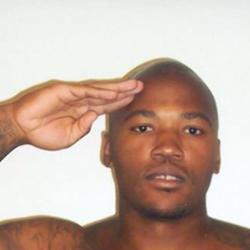 32 year old Jonathan Bratcher was shot dead by police while fleeing officers in a car and foot chase.

Authorities said Bratcher, whose death was confirmed by family on Wednesday, was one of two men who ran away from a Chevy Impala after it crashed into another vehicle during a pursuit. Memphis officers said that one of the suspects shot at them while fleeing on foot after failing to pull over for a traffic stop around 3 p.m.

May 2016 Autopsy Report - homicide - shot in back of the head

On November 2, 2016, Shelby County District Attorney Amy Weirich said the two Memphis Police officers who killed a Bratcher will not face criminal charges. Weirich reviewed the Tennessee Bureau of Investigation's report and said she believes the actions of Officers Clement Marks and Alexander Fleites were justified.