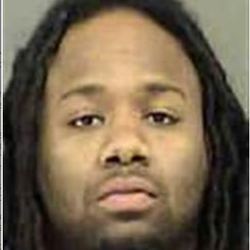 A man wanted in his girlfriend's killing was fatally shot in an officer-involved shooting at CMPD headquarters in uptown Charlotte Thursday night.

Jonathan Bennett, 23, was wanted in the death of 24-year-old Brittany White, his girlfriend and the mother of his 2-month-old daughter.

Police said they were briefing in the parking lot between the law enforcement center and CMPD parking deck when they were shot at multiple times. Several officers, including officer Jeffrey Zederbaum and officer Jared Decker, returned fire, police said.

Bennett was shot and taken to Carolinas Medical Center, where he was pronounced dead, police say.