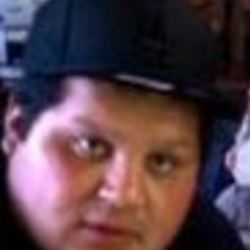 A male adult told deputies that a suspect — now identified as 29-year-old Johnny Martinez — has stabbed him.

Officials said two men were fighting and that the suspect was assaulting another at the time of the shooting.

Deputies said they used a stun gun and pepper spray on Martinez. They said when they also tried to cuff him, he pulled out a knife.

That is when they said the deputy-involved shooting occurred.

a knife at the scene.

The parents of a man shot to death by Los Angeles County Sheriff’s deputies last year are suing the county and Sheriff Jim McDonnell for wrongful death, alleging the slain man dropped a knife he was holding before they opened fire and that they ignored his father when he said his son was mentally ill and could be calmed down.