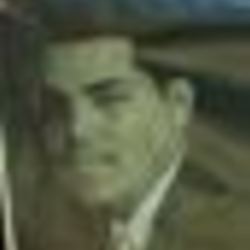 Johnathan Cuevas, a 20-year-old Latino, was killed by a sheriff's deputy Sunday, Oct. 10, near Long Beach Boulevard and Josephine Street in Lynwood, according to Los Angeles County coroner's records.

The incident occurred about 12:30 a.m. when a lone deputy approached three men. One of the men, later identified by the coroner's office as Johnathan Cuevas, allegedly reached into his waistband as he started to run. Seeing this, the deputy fired several times, striking Cuevas, said Los Angeles County Sheriff’s Deputy Luis Castro.

The family of a 20-year old man a Los Angeles County Sheriff’s deputy shot and killed two years ago says surveillance video released a few weeks ago but made public Friday shows a different story of what happened.

Jonathan Cuevas was out late in Lynwood on October 10, 2010 with two friends walking to a house party. They stopped at a liquor store on Long Beach Boulevard to buy beer and snacks. The group of men jaywalked across the street around 1:45 a.m. when a deputy patrol car pulled up to cite them for an alleged pedestrian violation.

The video, which has no sound, shows the deputy getting out of his car as Cuevas takes off running. The deputy shoots at Cuevas, who falls a few steps later at the corner of Josephine Street and Long Beach Boulevard.

“One, two, three four, five…he stands…six, he stands over them…seventh shot,” said the family’s attorney James Segall Gutierrez as he counted the deputy’s shots in the surveillance video he played for reporters Friday.

Four bullets hit Cuevas. He died later at a hospital.

A Sheriff’s department incident report says the deputy involved, Julio Jove, says he saw Cuevas pull a handgun from his waistband and point it at him. But Cuevas' relatives maintain that the surveillance video doesn’t show that.

“It doesn’t show that he makes a threat to the officer. He’s running. He gets shot in the back and he falls
down and the officer stands over him and continues to shoot him,” said Mayra Murrillo, Cuevas’s fiancé and mother of their four-year-old son.

Cuevas’ mother Alicia Alvarez said she began asking neighbors and business workers who witnessed the shooting after it happened.

“Something told me in my heart that something was very wrong because it was totally opposite of what the Sheriff’s homicide [detectives] told us,” Alvarez said.