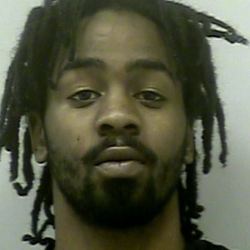 A Gwinnett Police officer shot and killed a suspected bank robber Monday morning after the suspect pistol whipped him during a struggle behind a nearby church, officials said.

Witnesses told police that a suspected robber had fled from a Wells Fargo Bank near Lawrenceville and an officer tracked the suspect to Bethesda United Methodist Church, on Bethesda Church Road, according to Gwinnett police.