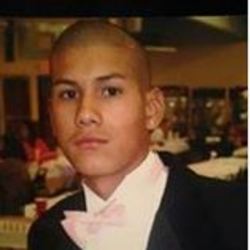 Investigators say the passenger exchanged words with the two officers. During that exchange one officer used a taser, another fired a service weapon.

Witnesses saw John Paul Quintero with his hands up and his back to two Wichita police officers when one fatally wounded him in the buttock with a military-style rifle in January, an attorney says.

The 23-year-old “wasn’t doing anything threatening to the officers, and that’s key,” said Dallas-based attorney Thomas Bowers. He is representing Quintero’s 45-year-old father, Santiago Quintero, an eyewitness who was standing near his son and the officers. “He’s got his hands up, and he’s compliant,” Bowers said.