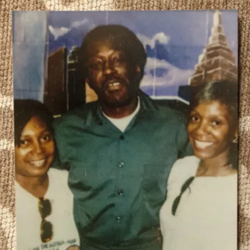 Mr. McMillon, 67, was involved in a struggle with guards at the Great Meadow Correctional Facility in upstate New York. According to the official account, he once again attacked a guard and resisted efforts to control him. He died of a heart attack, the official autopsy said.

Four inmates, all of whom were interviewed separately and in person by The New York Times, said they witnessed Mr. McMillon being harshly beaten by guards.

“They killed that man,” one of the inmates, Pernell Griffin, told The Times. “There was a lot of blood. He was screaming in pain.”

It is unusual for inmates to speak out so forcefully about allegations of brutality behind bars. Many fear retaliation by guards.

The inmates differed with respect to some details, but they all offered the same basic narrative: Mr. McMillon was returning from dinner and asked to go back to his cell. He then began behaving erratically, though not violently, the inmates said.

The inmates said that in response, a female guard approached and punched him in the face. Several other guards also responded and beat him, the inmates said. One inmate said he saw Mr. McMillon being choked.

State investigators independently interviewed the same inmates, who made similar assertions that Mr. McMillon was beaten, according to an inquiry by the Was