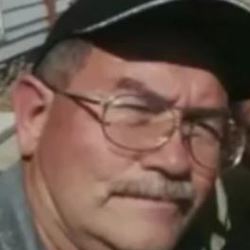 The family deny calling the police, although John Rogers' brother Abe told the Daily Times said that a family member had called a friend during a 'squabble' at the house on Wednesday morning.

He said he believes that friend called the Bloomfield Police Department. The family denies that Rogers was armed when he was approached by officers.

According to the New Mexico State Police investigation that officers were responding to a call about a suicidal man.

The family said they feel John Rodgers wasn't given a chance to surrender, and they don't believe he was a danger to himself or anyone else.

'We are being left in the dark; they aren't telling us anything,' said John Rogers' daughter Becky Medina.